Dr. Michael Sicirika is the medical examiner for Rensselaer County. He also has a company that does consulting for area police forces in forensics. Saratoga Springs hired him to do an autopsy on Darryl Mount following his death.

Brian Breedlove, the lawyer representing the family of Darryl Mount subpoenaed Dr. Sicirika to depose him. The deposition was done on November 29, 2017.

As part of the deposition, attorney Breedlove  established that Dr. Sicirika was paid by the city for his expert testimony.  It appeared that the attorney wanted to question Sicirika’s objectivity.

I think it is fair to say that Dr Sicirka approached the interview with some hostility. As evidence I offer the following excerpt. 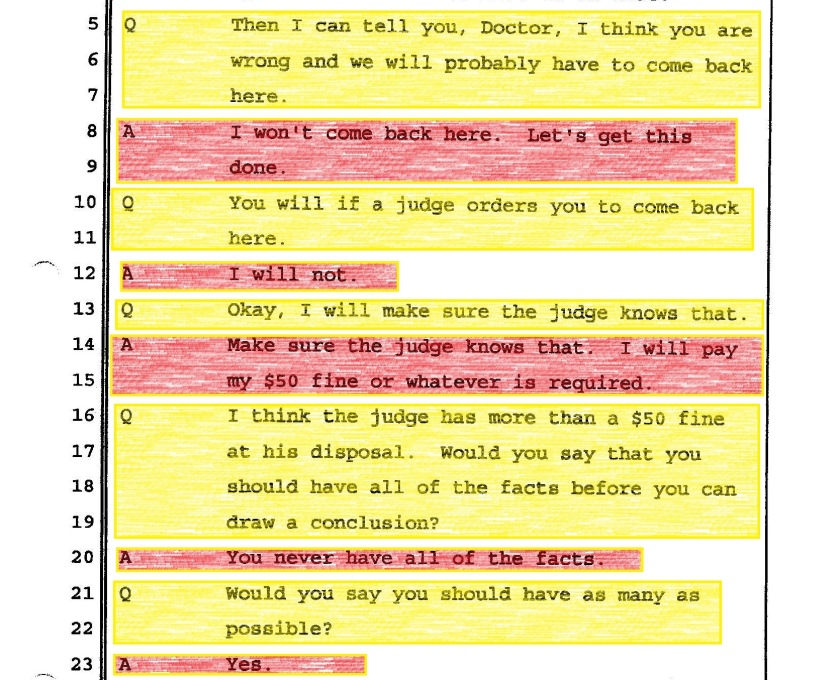 Apparently  Breedlove was not allowed to ask Dr. Sicirika a question that would require him to give an opinion.  The doctor’s opinion was in his report to the city and characterized the original injuries to Darryl Mount as the result of an accident  The attorney  was allowed to ask the doctor about what facts he relied upon to reach his opinion. 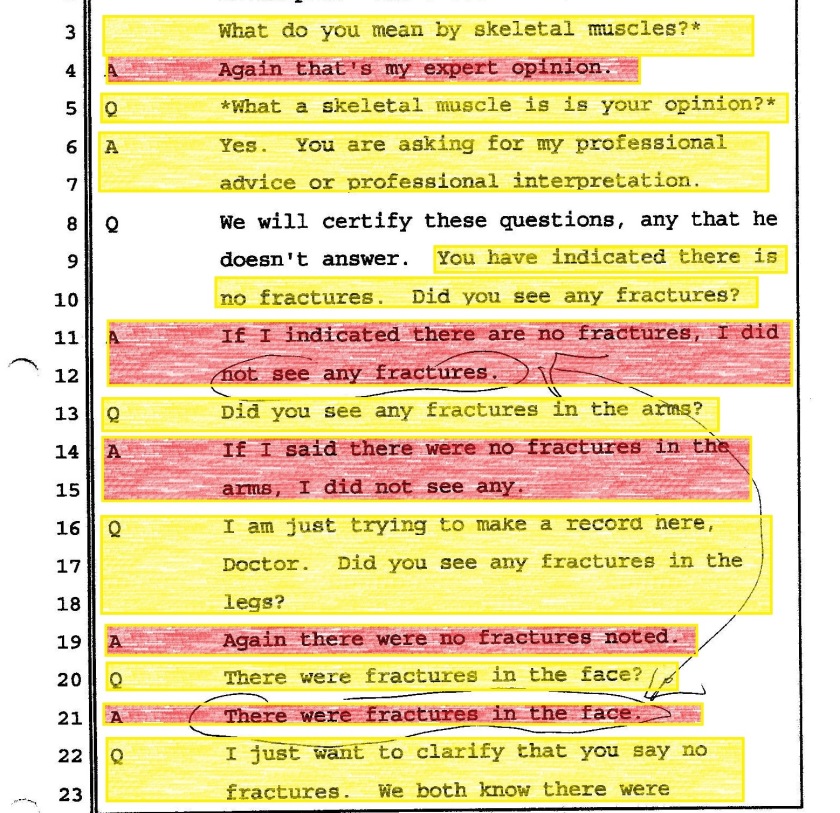 The attorney establishes that the police did not contact the doctor about doing a forensic analysis at the time of the injury.

The attorney raises the issue about why he did not review all the medical records from the time of the hospitalization.

The attorney raises a number of issues that challenge Dr. Sicirika’s conclusion that Darryl Mount’s injuries were the result of an accident. 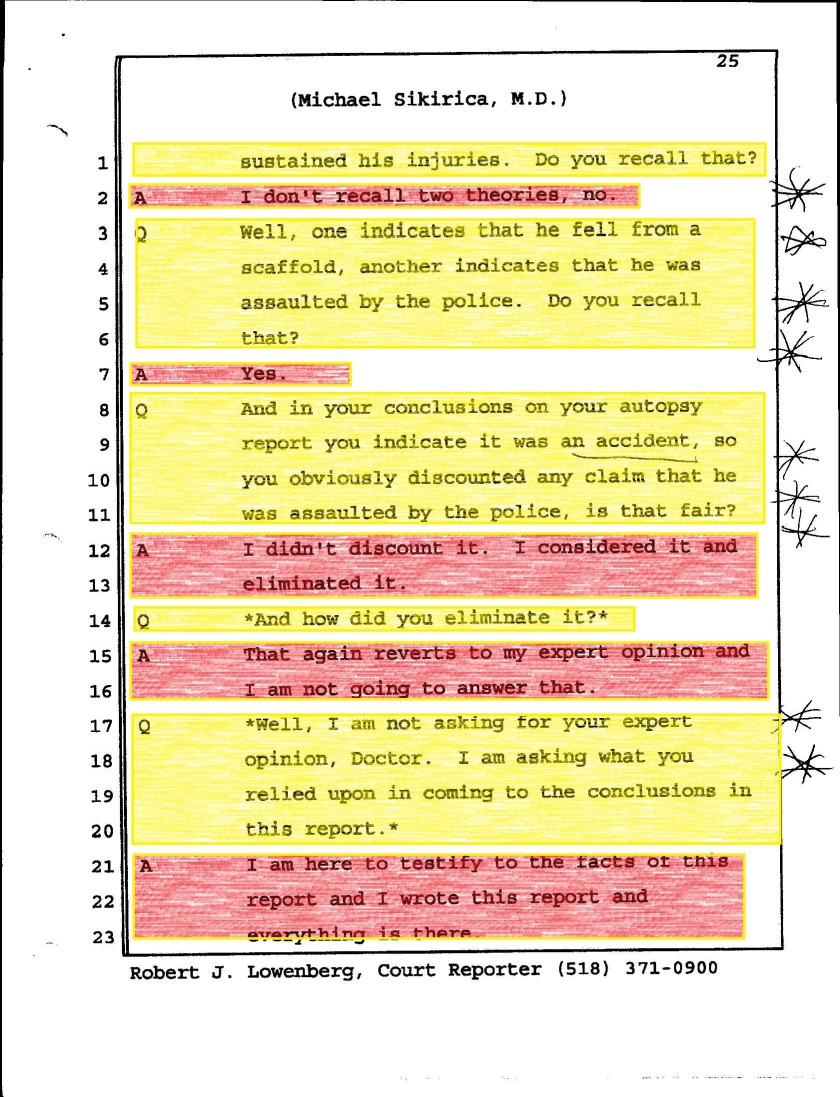 The attorney  pushes the issue about how the doctor ruled out that he was pushed rather than just fell. 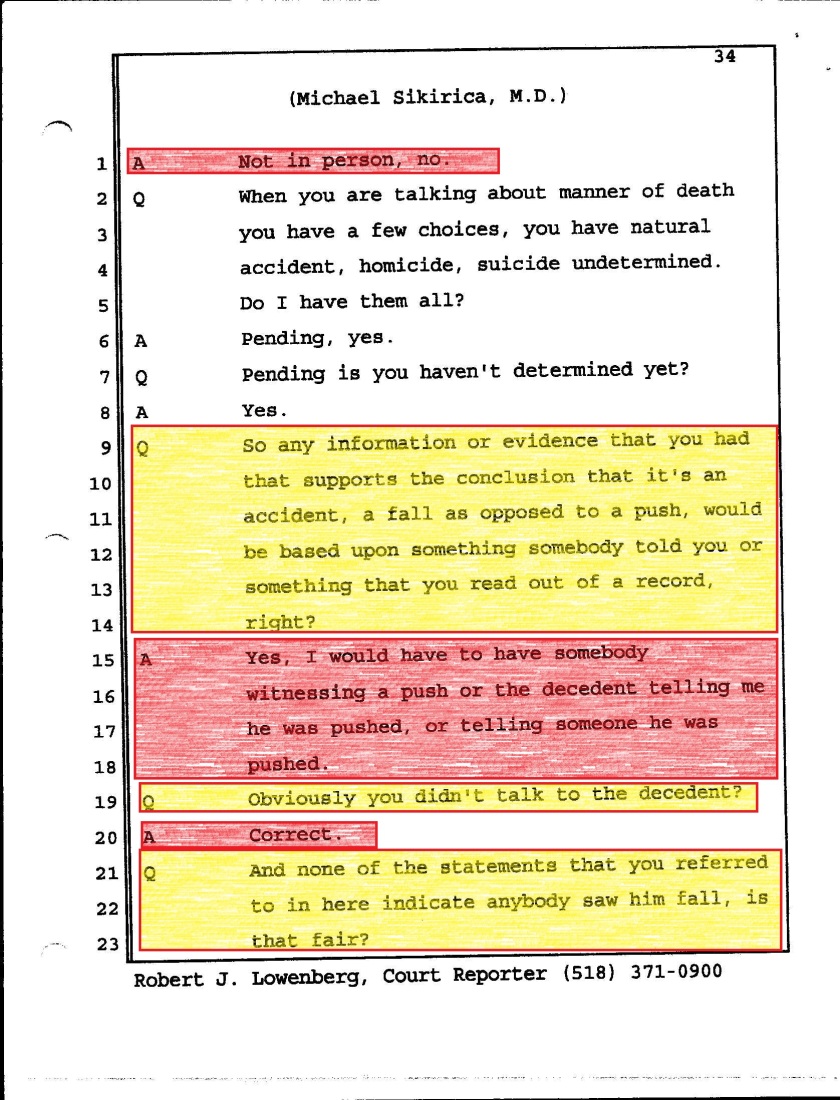 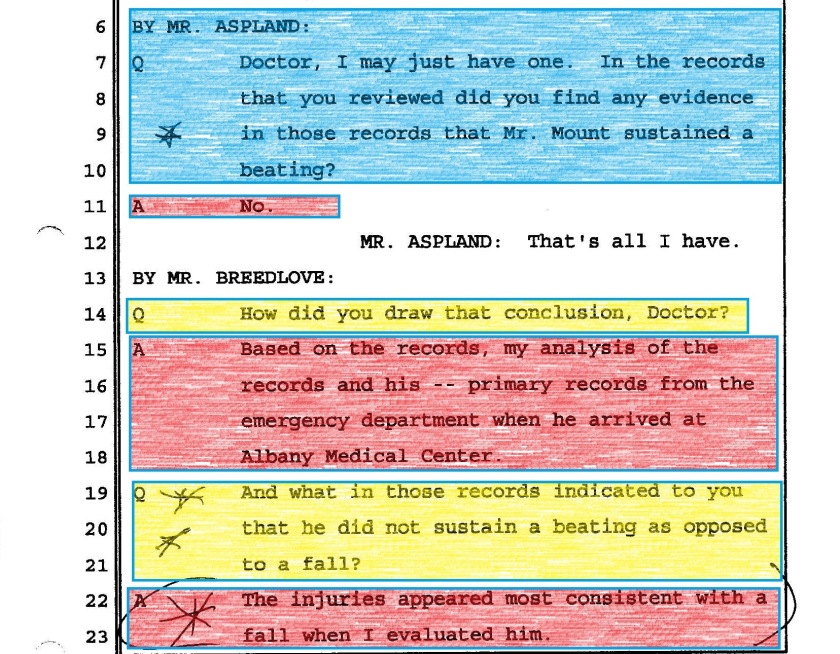