“What will the relationship be between Albany Medical Center and Saratoga Hospital? Is this a merger?

“Who will lead and operate Saratoga Hospital?

“Under the terms of the letter of intent, the current Saratoga Hospital leadership team and Board of Trustees will remain in place.”

As recently as October 27, 2015, in a joint press release with Albany Med they stated: “

Under the terms of the letter of intent, Saratoga Hospital will retain its name, local leadership and governance, and oversight of services delivered in the community.”

Contrast these statements with stories from the Times Union and the Albany Business Review:

From The Times Union:

No cash or assets would be exchanged under deal

Saratoga Hospital has filed its application with the state to make Albany Medical Center its parent and co-operator, an affiliation the two health systems announced they were pursuing in October.

The state Health Department is reviewing the proposal, which is similar to the arrangement Albany Med established with Hudson-based Columbia Memorial Health at the beginning of the year.

The proposal would give Albany Med authority over Saratoga Hospital’s budgets and strategic plans, the hiring and firing of Saratoga Hospital’s chief executive, incurrence of debt, and hospital policies and procedures. Each health system would have representation on the other’s boards. [My emphasis added.  Affiliation?  Orwellian?]

No cash or assets would be exchanged under the deal.

Officials at both hospitals declined to comment on the proposal.

In October, Saratoga Hospital officials said the affiliation with Albany Med would enable it to expand medical services.

The affiliation would also theoretically allow the organizations to pursue contracts together with insurance companies.

The proposed affiliation comes as government-led health reforms seek to reduce the need for costly hospital stays, and both public and private insurers are changing the way they pay for care. Under an emerging payment system called global budgeting, health systems will be paid a set fee per patient for providing all the patient’s care.

To adapt to that change, hospitals have in recent years sought to become the hub of health systems that provide all levels of care, acquiring doctors’ practices and building community-based primary care and urgent care offices.

Health systems also need to have a broad geographic reach to achieve improvements in “population health” — the health of the entire community — a goal that is being supported with substantial state funds.

From The Albany Business Review: 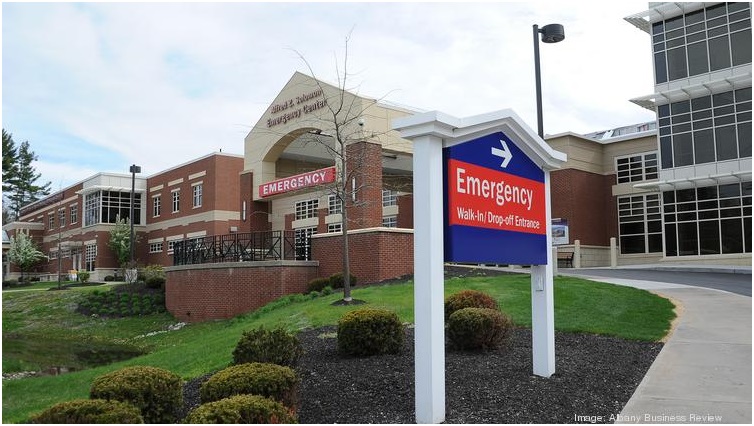 Albany Medical Center and Saratoga Hospital have finalized an affiliation agreement the two health care providers have been working on since October.

The agreement would establish Albany Med, the region’s second-largest hospital system, as the “parent and co-operator” of Saratoga Hospital. It has been submitted to the state Department of Health for approval.

It’s similar to an agreement Albany Med reached with Columbia Memorial Health to the south.

With the addition of Saratoga and Columbia to its network, Albany Med’s system will rival St. Peter’s Health Partners, the largest hospital system in the area. Albany Med CEO Jim Barba has been focused on building the reach and range of the academic medical center’s services.

Bringing in more services across a broader geographic reach will help position Albany Med remain an independent, locally controlled system to weather the constant challenges of an evolving health care system, Barba has said. Mergers and affiliations have become more common in the health care space.

That broader reach will also help Albany Med achieve goals in population health, where providers seek to proactively manage the well-being of people to keep them out of the hospital. That’s seen as a way to reduce the ballooning costs of health care.

The agreement’s goals, based on a summary on the health department’s website, are to optimize clinical services and health benefits and forge a strong relationship between Saratoga Hospital and Albany Med. The affiliation will lead to efficiencies through clinical and administrative integration and create a better delivery system for communities served by Albany Med and Saratoga.

Albany Med has more than 9,000 employees and the affiliated physician group is the largest in the region, with 465 local doctors. The academic medical center is the region’s only Level 1 trauma center and is the “hospital’s hospital,” providing highly specialized care.

The system has about 30 current or planned locations outside of the core Albany County area and has continued growth at its New Scotland Avenue campus in Albany.

Saratoga Hospital’s system, with a 171-bed hospital in Saratoga Springs, also includes a nursing home and several other outpatient locations. Albany Med and Saratoga partnered on an advanced urgent care location in Malta.

Under the agreement, Albany Med would have approval of Saratoga’s budgets and operating plans, hospital policies and procedures and contracts for clinical and management services. Albany Med would also have authority to appoint or remove the CEO, according to information submitted to the health department. [My emphasis added:  Affiliation?  Orwellian?]Those actions are subject to certain conditions based on the hospital’s own bylaws.

Like the agreement with Columbia Memorial, Albany Med and Saratoga Hospital will each have representation on one another’s boards.

The affiliation agreement was reached May 17.

A spokesman for Albany Med declined to comment. Saratoga Hospital CEO Angelo Calbone could not be immediately reached.