Zoning Board of Appeals In Action 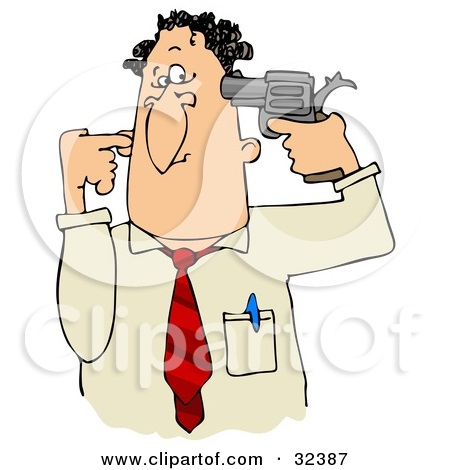 Some six months after the original stop work order for 39 Murphy Lane, the building inspector has issued a revised version.  This was prompted when the attorney for the building owner, Jean D’Agostino,  challenged the original order and asked that Steven Shaw, the building inspector explain it at a ZBA meeting.  Chairman Moore cut off the attorney and rather than make Mr. Shaw explain the order, directed that a revised order be crafted.  That after six months the ZBA finally crafted a stop work order of substance that they hope will stand up under court scrutiny graphically shows how ineptly this entire process has been handled.

There are a number of things that are interesting and instructive about the “new” revised version.

The most interesting one involves the building inspector’s role in approving the basement for this building.  In the original application approved by the ZBA, the barn was supposed to sit on a slab.  Subsequent to the approval of the original application, according to Mr. Shaw’s new stop work order, the applicant submitted a revised plan that was for a crawl space.  Mr. Shaw states that the change was “deemed minor.”  In spite of the fact that the slab was in the application approved by the ZBA, Mr. Shaw had the latitude to ok the change.  The logic was that  the new crawl space was presumed to have no effect regarding the variances granted.  Subsequently, the applicant decided to scrap the idea of a crawl space.  Instead the applicant jacked up the barn and poured a full basement.   Mr. Shaw then characterized the pouring of this full basement when they only had approval for a slab as “minor” because it “was not anticipated to affect the variances as approved.”  Mr. Shaw goes on to state, “As is our typical protocol [JK:My emphasis], you were allowed to proceed with the foundation pour on 12/22/15 under the condition that revised plans be submitted to show that the change was acceptable to your engineer.”  The letter from the engineer was not sent until three and a half months later.

The telling sentence was:

In fact, the approval of the full, raised basement would make compromising the variances inevitable.

As Shaw’s  new order documents, there were a cascade of changes that this “typical protocol” precipitated.

Because the raised foundation was well above the original level of the building and therefore of the  ground, in order to meet New York State code, fill had to be brought in to adjust the landscape of the property:

“Fill had been brought in and a once level site is now much higher than the alley and adjoining properties “[my emphasis added].  This fill was the result of the foundation change and a requirement of the NYS Residential Code 401.3 to have adequate drainage away from the foundation walls.”

Because the floor would be placed on top of the foundation, it significantly raised the height of the first floor from the height in the original plan approved by the ZBA.

Because the first floor was much higher now than the ground, the building now needed steps to be built in order to get into the building and thus caused “ further principle building coverage than the existing variance allows.”

So this “minor” change “as is our typical protocol” led inexorably to more zoning violations that would require more variances.

It is not clear precisely when Mr. Shaw approved the full basement.  What the public should understand is that the barn, that was supposed to be rehabbed and not demolished, still existed after the basement was poured.  It had been jacked up and stood suspended over that basement.

Had Mr. Shaw insisted that the applicant seek approval from the ZBA to amend the plan there might still have been time to save the barn.

It should also be noted that the stop work order was not issued until after the applicant had demolished the barn and begun constructing a totally new house.  It was only after the neighbors descended on city hall to protest the demolition that a stop work order was issued.  It remains a matter of conjecture as to whether this project would have been fully constructed had the neighbors not acted.

There is also the human side of enforcement.  People like Mr. Shaw want to see our codes followed but they are also sensitive to the financial burden that excessively rigid applications of rules can have.

Under normal circumstances on a property appropriately zoned for a house, changing from a slab to a raised basement would have no adverse impact on the neighborhood in which the structure was located.

Mr. Shaw and the members of his staff are under great pressure.  Many frustrated families and builders want their plans approved as soon as possible.  Delays cost money.

The first moral of this story is not that Mr. Shaw made a mistake in allowing for changes that were at odds with the plans approved by the ZBA.  The moral is that Mr. Shaw is not given the time and resources to make it easier to more thoroughly consider the many, many changes thrown in front of him.

The second moral is the indifference of the ZBA to the repeated violations of zoning that they countenance.  Given that “do it and ask for forgiveness later” is routinely sustained without penalty, it is little wonder that situations like Murphy Lane occur.   The torturous history of 39 Murphy Lane is as much the ZBA’s fault as it is the applicant’s.

To begin with, this project, which only passed by a four to three majority should never have been approved.  Attempting to convert a very small barn (more like a large shed) into a three bedroom home on a piece of property that was approximately one third the required minimum lot size was wrong.  The fact that it was being built on a narrow alley only reinforced how inappropriate the project was.

In its application to the ZBA the applicant not only described the project as a rehab of a barn, she explicitly stated that were they to tear down the barn it would have an adverse effect on the neighborhood.  Readers, this is what the owner asserted in her application that was approved by the ZBA.  The applicant is a realtor and not some naïve homeowner.  For the owner to then demolish the building without going back to the ZBA and then attempt to build a new home there is simply stunning.

In spite of all of this, given the extreme bias of the ZBA to developers, they then spent months trying to help this applicant complete this project.

Readers, this meant that the neighbors ended up having to spend those same months researching and going to meetings.  Why should this have been necessary?  The ZBA should have told the applicant, you have grossly misrepresented this project (as the neighbors asserted to the ZBA many times during the public input period of the meetings) .  Instead of spending hours and hours at meetings exploring how the applicant might save this project, the ZBA  should have told her (as the ZBA attorney, Tony Izzo recommended) come back with your best plan that comes closest to the application we approved.  At that point, if the applicant’s best plan was inadequate, they should have told her that no additional variances will be granted effectively killing her project.

Here are links to the original stop work order and the new, revised order.

Below is a detailed review of the new stop order.

Per the instructions of the Zoning Board at their May meeting, Steven Shaw, the city building inspector  issued a revised stop work order.

It is important to note that the original stop work order was dated January 21st, 2016.  This document simply states:

“The scope of work you are performing at 39 Murphy Lane is outside the scope of your permit.”

It advises Ms Jean D’Agostino, the owner, that she is to submit a revised set of plans to the engineer’s office and get approval from the Zoning Board of Appeals for them.

Ms. D’Agostino then emails back asking why the stop order and, in an email dated January 22, Shaw informs her that the changes have increased the height of the building and “increased the non-conformance.”  He also notes that the” additional steps in the setback will need to be addressed by the ZBA…”

A number of things are interesting about these documents.  First of all there is no reference in the first stop order to the application submitted by Ms D’Agostino that this was supposed to be a rehab and that the application explicitly ruled out removing the original building.  This is rather surprising because the building had indeed been removed from the site which contributed to the opposition by the neighbors.

It is also worth noting that the first stop work order makes no reference that the approved plan was for the barn to be on a slab and that the applicant had dug a full basement.

This one is far more comprehensive.  It now includes the fact that the construction had not conformed with the plans as pictured and as described in the application.

The new stop work order notes that the plans submitted in August which included a crawl space rather than the slab as stated in the original application presented to the ZBA was “deemed minor.”   It goes on to note that the applicant putting in a full basement without seeking approval for the revision was also considered minor as it “was not anticipated to affect the variances as approved.” [JK: Note the artful wording here in light of later events].  Mr. Shaw goes on to state, “As is our typical protocol, you were allowed to proceed with the foundation pour on 12/22/15 under the conditions that revised plans be submitted to show that the change was acceptable to your engineer.”  Shaw then observes that he did not get these plans until three and a half months after they had been requested and approximately four and a half months after the stop work order.

Shaw then states that between the time of the foundation pour inspection by Shaw and the issuance of the stop work order, “… the project had become significantly different from the approvals…”  “Fill had been brought in and a once level site is now much higher than the alley and adjoining properties.  This fill was the result of the foundation change and a requirement of the NYS Residential Code 401.3 to have adequate drainage away from the foundation walls.  An assessment should be done to ensure that this requirement is not being exceeded and thus creating a runoff problem in the alley and adjoining properties.  You may even qualify for that section’s exeption.”

Shaw states that the first floor is much higher than it was originally [when it was still a barn on a slab} and much higher than depicted in the applicants plans.  It requires the addition of a set of steps to be built which expand the footprint.  The new construction requires more coverage in the setback not considered by the ZBA requiring additional variances.

He finishes by stating that the ZBA’s decision on March 23,rd 2015 “clearly does not authorize either ‘tearing down the barn and starting new’ or a ‘removal of the existing barn’ [JK: as stated in their application] and then emphasizes the scope of the changes.