Brian Rodems lives a short distance from what had been the barn at 39 Murphy Lane.  He and the neighbors have done an extraordinary job mobilizing people to oppose what they see as a threat to their neighborhood.  Below are the documents they have sent to the Mayor’s office in an attempt to solicit assistance.  The central argument is that the majority of the Zoning Board of Appeals are more concerned with facilitating construction than in carrying out the purpose of zoning to protect the character of the neighborhoods.

Below are photos meant to show how the barn was a lovely and integral part of the community before it was torn down along with pictures of the house being built in its place.  Also below is an excellent explanation of the issues by Mr. Rodems in his email to the Mayor and the city attorneys along with a letter from an attorney representing the neighbors that lays out the legal issues.

As of this evening they have not heard from the Mayor’s office.

Email To Mayor And Attorneys

Property owners in this community continue to be placed at a disadvantage by the very board that is entrusted with the enforcement of the Zoning Codes for our city.  We are faced with the continued threat of over development or poorly planned development that will have a deleterious impact on our quality of life and the value of our property.  It would appear that the members of the ZBA have a predilection to provide support for developers – at the expense of neighborhoods – by loosely “interpreting” the zoning code to favor developers.

A case in point is ZBA Variance #2807.1 – 39 Murphy Lane.  One only has to watch the videos from the ZBA proceedings (see City Web Site) to understand the dilemma that we face.  During the Feb. 8 meeting (beginning at minute marker 6:58), as well as the subsequent meeting on Mar 21 (watch from the beginning), you will observe:

Given this evidence, I would like to ask the City Attorney to address the following questions and to draft an opinion with regards to the procedures that the members of the ZBA must follow – as written in the City Zoning Codes:

For reference, see the ZBA Variance #2807.1 – 39 Murphy Lane.  In this case the Applicant is asking the Board to reconsider and modify its prior decision:

2.   Is the ZBA compelled by the City Zoning Code to force compliance with a previously approved variance?

For reference, see the ZBA Variance #2807.1 – 39 Murphy Lane.  In this case the Applicant was granted (x7) zoning variances, with stipulations attached to the final ruling.  In the approved variance application the ZBA outlined explicit requirements and conditions under which the variance was granted and to which the applicant had to comply with.

Once a variance is approved, does this document become legally binding and the conditions under which the variances were approved enforceable under city code? 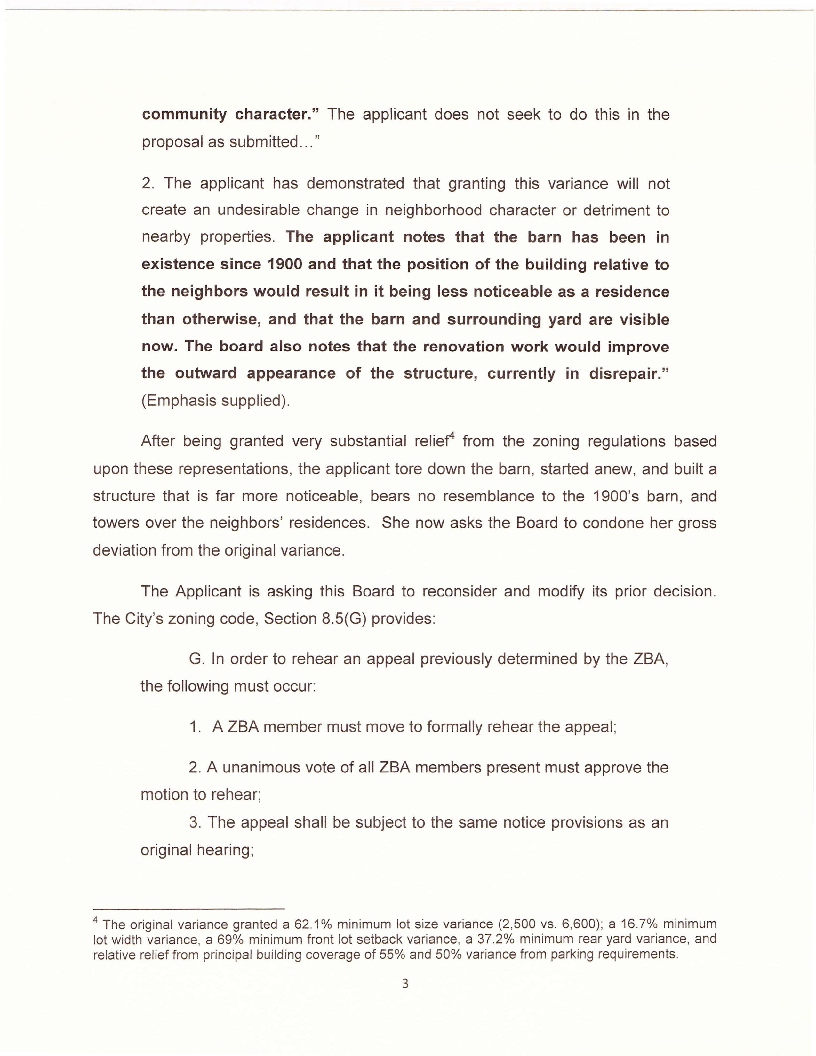 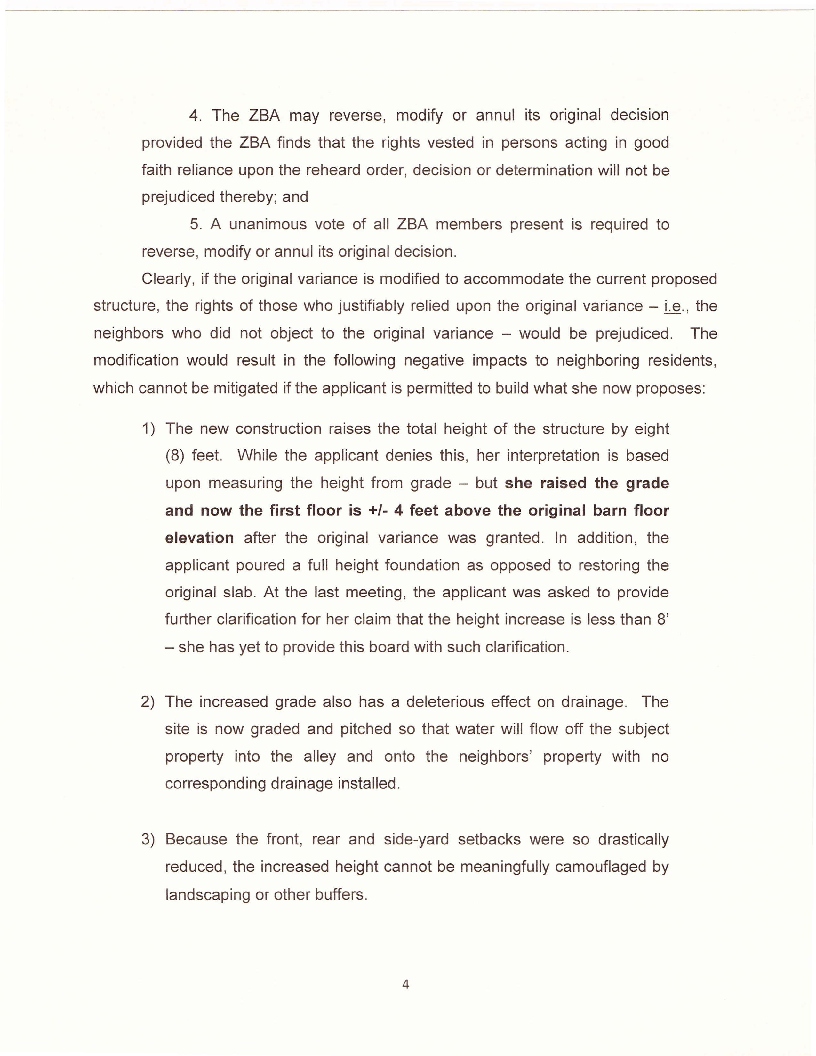 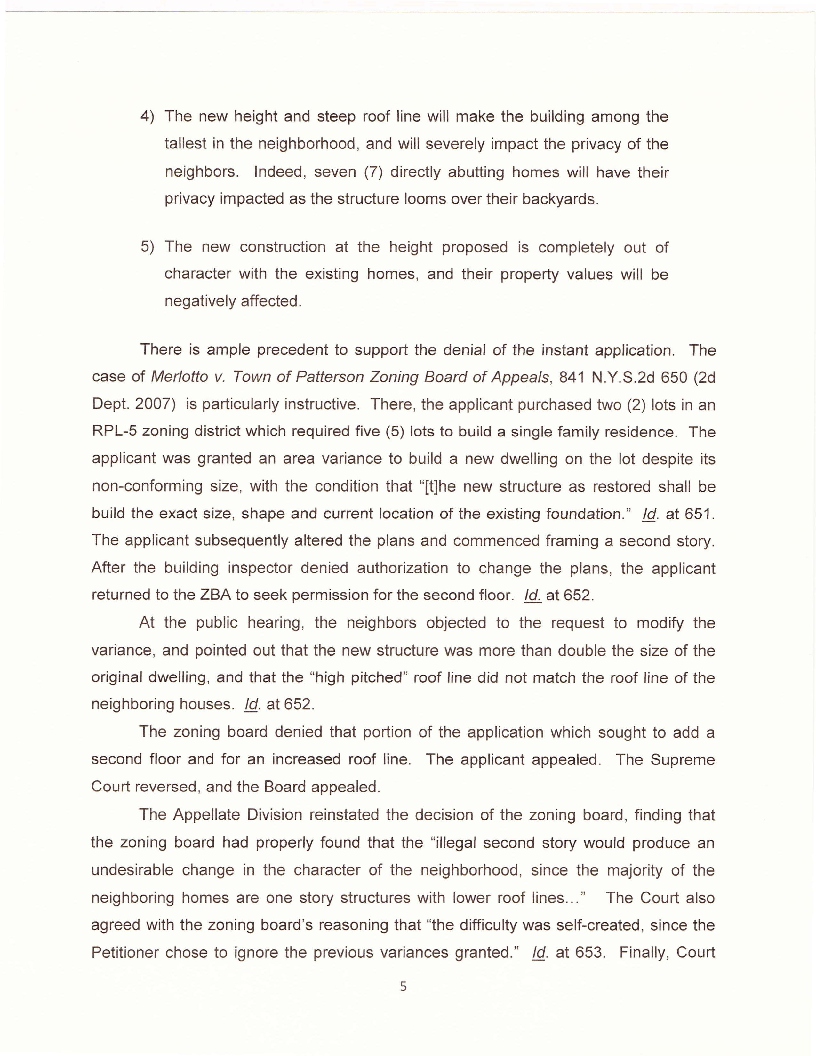 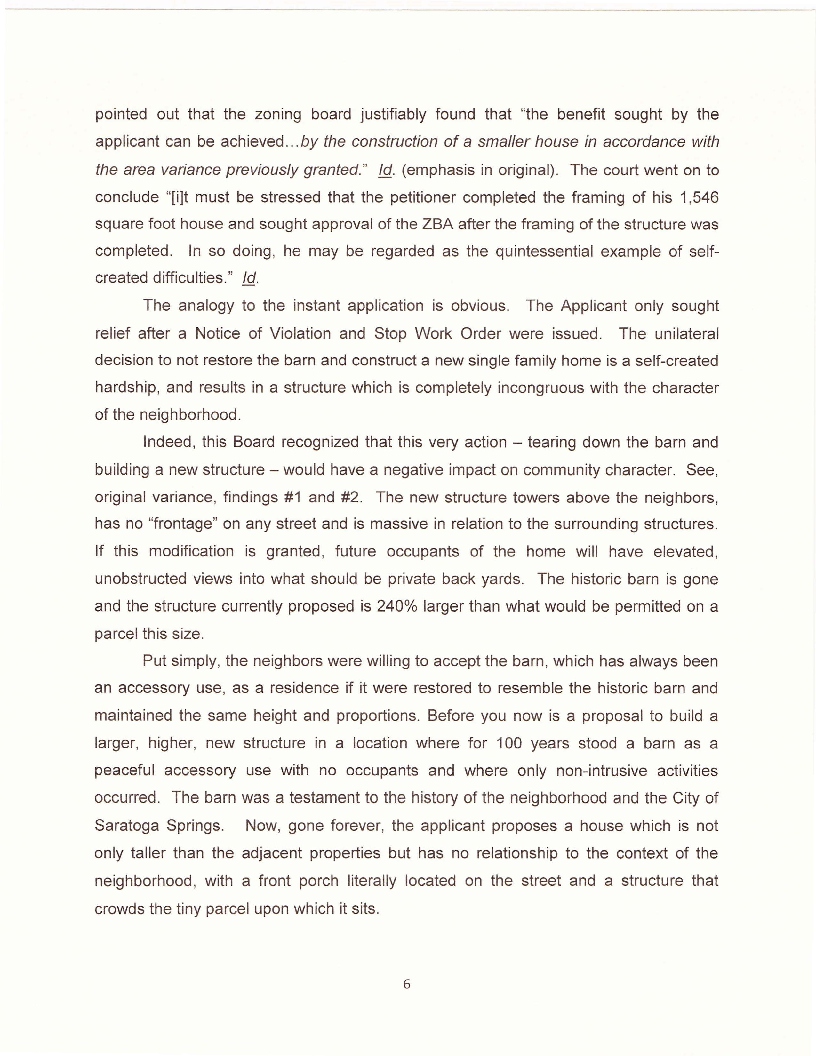 4 thoughts on “Neighbors Appeal To Mayor Regarding Murphy Lane Controversy”