I finally received the decision from the Ethics Board regarding the conflict of interest issue over Sonny Bonacio building the homes of Zoning Board of Appeals members Tom Lewis and William Moore and then appearing before them.  I had contended that Lewis and Moore should have recused themselves.  In truth, I knew that the ethical standards of the city code were so limited that the code would have let them vote.  The purpose of the complaint was really to document how inadequate the city’s code is.

So the Ethics Board found that Moore and Lewis had not violated the city’s ethics code.  They did state that the men should have disclosed their relationship with Bonacio.  They wrote that when a board member has purchased a costly service or item from an applicant that disclosure is appropriate.

In their decision they cited a legal case that was similar.  They referenced Heustis vs Town of Ticonderoga Planning Board:

“The court recognized that such interest ‘does not mandate disqualification of the public official involved in every situation (my emphasis).’”

First, I find it interesting that the Ethics Board bothered to cite this since, as noted earlier, by our minimal standards neither Moore nor Lewis had committed a violation.  More importantly, I am struck by the fact that this opinion simply states that it does not apply “in every situation.”   If the Ethics Board wanted to use this argument it would have been helpful to find out what situations would have mandated a recusal.

When people like Sonny Bonacio go before the Planning Board and the Zoning Board of Appeals, millions of dollars are at stake.  We have no idea what kind of deal Sonny Bonacio had with Mr. Lewis and Mr. Moore if any.  While the Ethics Board had the authority to subpoena records and individuals in order to explore what actually occurred they chose not to.

The city’s current weak ethics standards pose a serious problem.  The idea that having Tom Lewis and William Moore simply declare that Sonny Bonacio built their homes and then proceed to vote on Mr. Bonacio’s applications is so manifestly inadequate that one would love to hear Ethics Chair Justin Hogan defend this on its merits.

“Mr. Hogan, if the fact that Sonny Bonacio built Lewis’ and Moore’s house was so troubling that they needed to disclose it, why was it ok for them to then vote on the issue?”

Or put another way, “Trust me, I have an interest in selling you this used car but you can rely on my word when I tell you that the car is as good as the day it left the assembly line.”

The City’s Ethics Board standards are a holdover from when Saratoga Springs was a provincial little town where a local club that profited from real estate ran things unchallenged.  The conflicts of interest were rife.

The City of Saratoga Springs needs to move on from that era and strengthen its ethics standards. 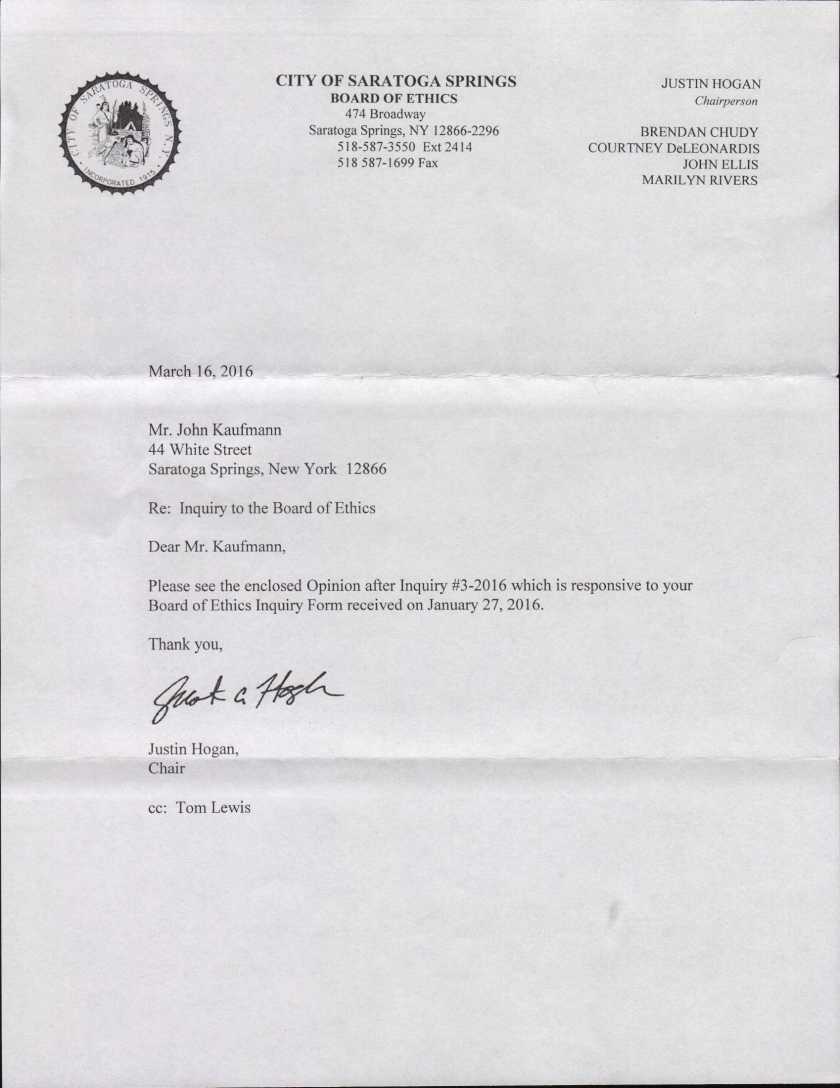 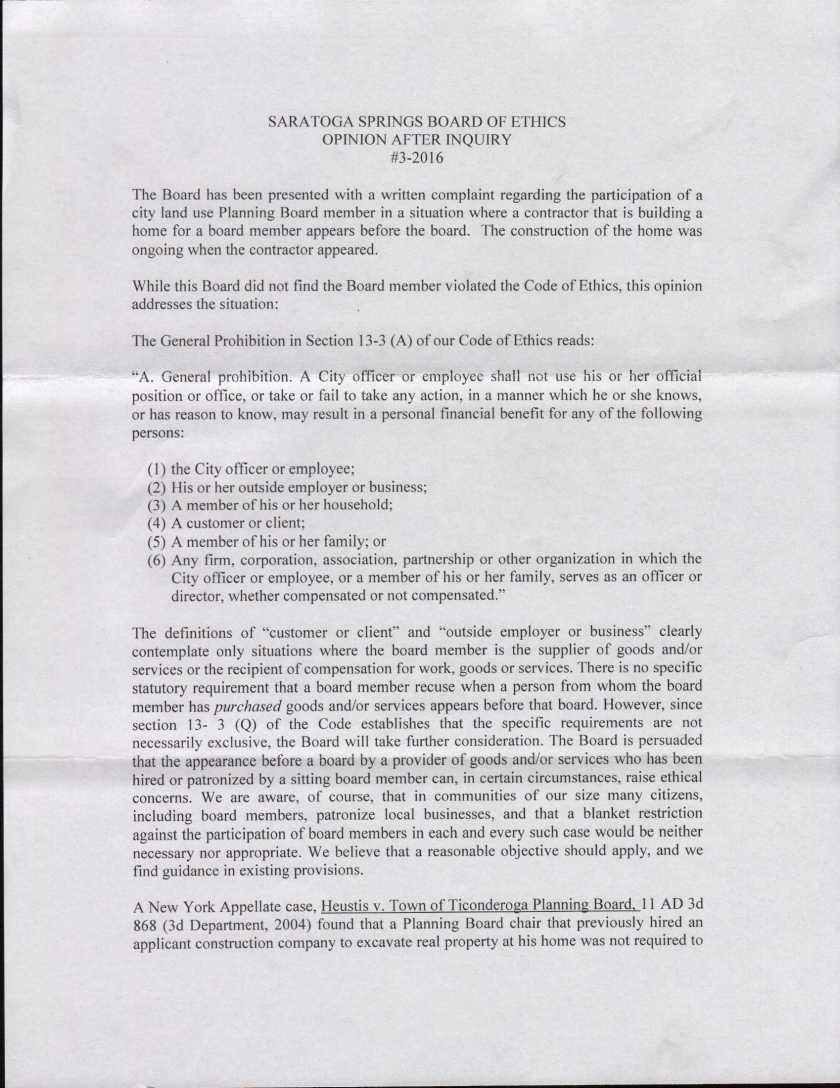